Sheila Schubarth: A Move To Baltimore and Affectionate AIM Memories 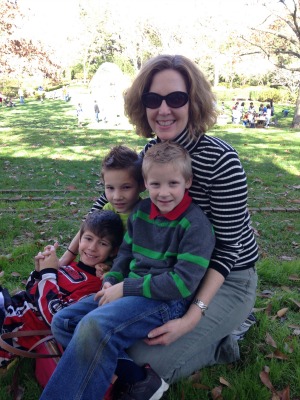 Sheila Simmons Schubarth shares that she enjoys receiving and reading the AIM Alumni eNewsletters. “I always love reading what everyone is up to. I was at AIM/Invesco for 16 years so there are quite a few familiar faces and people featured. It is a great way to keep up with people” said Sheila.

Sheila Schubarth made a huge career and lifestyle change in August when she decided to leave Invesco – and Houston – for a position as Global Communications Compliance Manager for T. Rowe Price in Baltimore. “One day I saw an opportunity on Ignites. I talked about it with my family and they thought I should go for it. All of my family are in Houston so it was a difficult decision. My family has remained in Houston where my sons are in first, second and third grade while I started my job and learned about the community. I had no idea about where we should live, where good schools are, etc. Thankfully my college roommate lives nearby and the firm has been so welcoming. In fact, the culture at T. Rowe Price reminds me very much of AIM,” shares Sheila.

In addition to her family and career, Sheila is passionate about helping others and was chair of Invesco Cares Houston, where she worked closely with Meggan Walsh. Once again, Sheila found her network valuable as Meggan is from the Baltimore region and has helped to provide insights into the local area and surroundings.

Sheila has made a major career change before. “Before I joined AIM in August 1997, I was a social worker. I reinvented myself and moved into the for profit world, joining the training department of AIM Distributors. I loved that AIM gave me so many opportunities. From there I joined AIM Private Asset Management, an amazing group led by Mark McMeans, and then joined Kamala Sachidanandan, who I worked with in APAM in legal and compliance for the last seven years. I am thankful to have made many lifelong friends at AIM.”

Like other AIM Alumni who have been interviewed, Sheila loved all the opportunities at AIM for personal and professional growth. She shares that there was a collegial atmosphere. “I knew my work associates through business and as really good friends. It was not an easy decision to move, but it was such a great opportunity and my family was supportive.” As we finished talking about AIM, Sheila shared that she was in the new hire day at T. Rowe Price and the man sitting next to her looked familiar. When they talked to one another, they realized Keith (Blackmon) was in Sheila’s training at AIM 15 years ago.

Sheila looks forward to the continued satisfaction in her new career and community and to her sons joining her when the school year finishes. You can contact Sheila at This email address is being protected from spambots. You need JavaScript enabled to view it..

Stacey Frakes, who started at AIM in 1996, passed away Wednesday, July 3, 2013. Stacey battled breast cancer for ten years, but refused to let her cancer define her, working at Invesco right up to the end. As a portfolio administrator, she was in money markets for a long time and also worked with derivatives. She was at the office the Friday before she passed away, running a meeting. Those who worked with her share that Stacey lived to add value and make a difference. True to the AIM values and sense of community, Stacey was often supporting others whose family members were battling cancer.

Shares her friend, Adrienne Ebrahim who is also an AIM alumnus and works at Invesco, “I was impressed how Stacey kept a positive attitude. When she passed away, people were shocked. Most everyone at Invesco did not realize how unwell Stacey was. Her cancer was relentless and spread from her breasts to her bones to her lungs. She was always very positive, trying anything to beat the odds and survive. She was a real inspiration."

Stacey is survived by two sisters and a brother who are local and were there supporting her. Her mom took her to the hospital and Adrienne often went with them both. “The irony of Stacey’s story is unbelievable,” said Adrienne. “She went with me when I had a lump checked and then she was diagnosed with cancer several years later. I tried to be there for her as much as she was for me. Then her Mom died several years before Stacey of stage IV cancer. Just a few month before Stacey passed her Dad died. Her brother lived with Stacey and was a huge help. She had great support from her family and in the end she was surrounded by the people she loved and who loved her. I miss my friend dearly; she was the type of friend you keep for a lifetime

Kelly Niland started at AIM in 1992 at the time of the CIGNA acquisition. AIM had about a dozen people in fund accounting, a figure that increased to more than 120 people when he left the department some years later. “There were about 200 people at the company when I started and you knew everyone; by the time I left there were around 2,000 people. What was remarkable was the amazing growth, the people, and all the projects we got to work on. We were creating history”, said Kelly.

One career highlight for Kelly was the reopening of the AIM Aggressive Growth Fund - “I believe we had over a billion dollars come into the fund in one day so the fund went from $500 million to $1.5. Then the market went down so timing was perfect to buy since the fund was cash heavy”.

AIM proved it wasn’t just a place of work; that it was a community was reinforced several times during Kelly’s tenure. Kelly and his wife had twins who were born at a very busy time in 1999; they also had a 16 month old. Having children during the GT Global acquisition was tough and fellow alumnus Dana Sutton came to his house and helped with the twins.

“Another difficult time was when my wife at the time developed breast cancer and so we went through treatment at MD Anderson. Mary Benson came to visit during the surgery and Sidney Dilgren came to me as well when she found out and told me to take as much time as necessary. I believe I took 3 weeks to help my wife recuperate and take care of the kids who at the time were 3 and 5.” 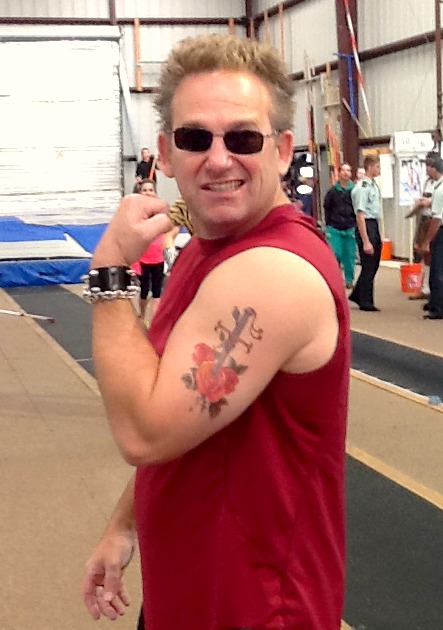 Kelly enjoys athletics, particularly the pole vault. He quit the sport in high school at 17, with a personal record of 14’6”. He had won district every year and would place 3rd or 4th nationally, but he had an accident and therefore decided to walk away. His daughter, Abi was an optional gymnast for 6 years and “

“We went to New Braunfels for a spring break camp. On the second day I met an 89 year old, Adolph Hoffman. He jumped right in with the kids. I was inspired, and at 50 realized I could still do it. So I’ve started up again and it’s been great. I work out with a bunch of teenagers and I’ve lost 25 pounds. I’ve met a lot of great people. Not only Olympic Champions, but lots of other inspiring people.”

In addition to pole vaulting, Kelly enjoys hunting. He’s had to take a break from hunting while he focuses on raising 3 teenagers. Kelly finds being a single parent challenging, but very rewarding.

Kelly has fond memories of his 13 years at AIM and all the wonderful people. He also thinks the AIM alumni site was a great idea as a way to stay connected.