Remember When: AIM’s Call to Invest

This month, we take a long look back at a story from the publication, Financial Trends, published in 1981 that noted AIM’s call to invest in bonds. The prediction went counter to some influential investment bankers and economists. It was not just an expected ‘first move’ in rates, but a prediction that there would be a long and deep decline. Gary Crum, VP of AIM and manager of its fixed-income and high-yield securities sector at the time of the article, cited the drop of approximately 300 basis points in short-term interest rates from their highs and said that AIM principals believed that interest rates ‘are going to gradually trend downward’.

The article is so very interesting looking back given today’s contrast of generational lows in interest rates, says Brasada Capital’s Mark McMeans, “As it turned out, investors paying heed to this article would’ve benefitted for over three decades. The next time Gary Crum makes a rate call in the press, I’m really going to pay attention.”

Says Dick Berry, “Bonds were a great place to be. We had double digit interest rates at the time, combined with an inverted yield curve (short maturity bonds having a larger yield than long term bonds). We were at extremely high levels of interest rates, and as rates came down, bonds outperformed stocks for a very long time.”

Dick joined AIM in 1987 and ran the firm’s municipal bond mutual fund and a few private accounts. “It was Institutional money market funds that first made AIM profitable. I was originally AIM’s customer when I worked as head of fixed income for a large bank trust department. We were AIM’s largest client. While I was at the bank, the controller of currency wanted me to reduce our exposure to AIM’s money market funds. I said give me a year. He did, and sure enough the fund grew so much that our exposure went from 50% to less than 25%. I got to know the people at AIM well then.”

When Dick realized the bank for which he worked was going to go through a merger, he approached Ted Bauer and Ted was interested in hiring Dick. “AIM had started a municipal fund,” explains Dick. “That was the inception of our municipal funds. I started in Dallas and in 1992 AIM acquired the CIGNA fund assets. It was a sizable municipal fund so I moved to Houston.” Dick went on to become AIM’s Chief Investment Officer of municipal bond investing, and was the lead manager on the AIM Tax Free Intermediate Fund for just under twenty-five years, and the AIM Municipal Bond Fund for just under twenty years.

“They don’t have to think about re-investing every six months. There are now some $160 billion or so in the funds, and the funds may lose some of that if stocks get going, but it’s going to be a permanent part of the market,” continued Bauer.

INVESCO later acquired Van Kampen and when the decision was made to move the municipal people to Chicago, Dick began looking for the right opportunity which would keep him in Houston. “I had no interest in moving to Chicago. It was a natural fit to take my private accounts and move to Brasada. I joined a number of other AIM colleagues here and we are actively seeking to manage some additional private accounts or to work as a subadvisor to mutual funds”, says Dick.

Jack Broyles Uses His Skill To Make a Difference 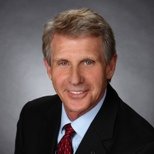 Jack Broyles works with financial advisors through his company Jack Broyles and Associates. His focus? He ensures that financial managers are equipped to better serve clients who have early onset or are already suffering from Alzheimer’s disease.

Geared to advisers and their clients, Jack’s events go through the steps a financial advisor should follow. “There are compliance issues because the individuals are vulnerable and planners need to document the signs they see and understand people often do not seek help until there is a house set on fire, or a family member walks into a stranger’s house and the family get a phone call,” explains Jack.

Most recently, Jack was invited by two former AIM colleagues to speak at the Merrill Lynch Symposium in Orlando, Florida. “Gene Needles and Scott Widder are both with American Beacon and they invited me to address a break out session. These sessions are always well received,” shares Jack.

“My mother was diagnosed with Alzheimer’s in 2000 and I saw the toll it takes. There are too many individuals out there who are suffering from memory loss and early onset Alzheimer’s and it is critical that a financial planner is aware of the signs and prepared to take action,” says Jack.

Jack shares how important it is that people understand the illness and the signs. He explains that five million individuals in the US have been diagnosed, but double that number are showing signs and have not been diagnosed. “Before diagnosis or in the early stages is when to get things done. When your clients are still in the moment and can plan properly. They can still be involved,” Jack has learned. 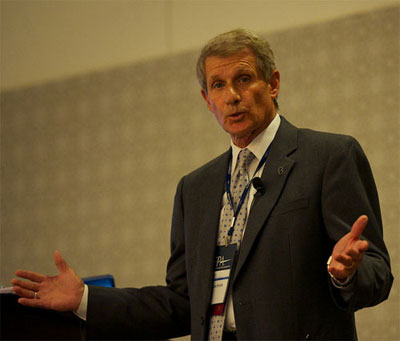 Following his mother’s diagnosis, Jack got involved with the Dallas Chapter of Alzheimers where he served on the Board and was Chairman of the Board in 2010. In 2012, he started presenting on the subject and he has 60 events booked this year. “Alzheimers is impacting so many people. Every sixty seconds another American develops Alzheimer’s disease. You cannot stop it, slow it down, and you cannot prevent it. There is so much we don’t know about the brain. We can open the stomach, take out the heart, fix it and put it back. We can’t do that with the brain,” explains Jack.

Talking to Jack, you see the same level of enthusiasm and dedication that made Jack so successful during his years at AIM.

“We were in an environment with talented management and marketing professionals. We had great products and marketing materials, and they gave us the incentives to do the best we could. And we did. When I came on board in 1993, we raised 5 billion and by 2000 that number increased to 38.5 billion. It is incredible what we could accomplish. We had the support to go out and do it,” recalls Jack.

One of my fondest memories is meeting Patti Hefley when I went in to interview with Mike Cemo and Jim Salners, and later with Gordon Sprague. I met Patti first. I came back to do my 20 minute presentation and Patti said, ‘Jack good luck we are all rooting for you’.

Ted Bauer cared about all of the employees. Each quarter there was a new employee meeting and I would then talk about the retirement plan. Ted wanted people investing. It was 1996 or 1997 and we had our sales meeting after the new employee meeting. Ted said to me, “100% signed up. That is the best participation ever. What did you tell them?” he asked me. “Invest and take your match, and when you get to Ted’s age you won’t have to work,” I replied. He laughed and said, “Hell, when they get to my age they will be dead.” “Ted cared about everyone. He was a wonderful man,” remembers Jack.

Another fond memory that Jack recalled and said people still talk about today is Jim Salners and the charter check-book that Jim came up with. Jack commented, like many AIM Alumni, how his time at AIM has impacted his personal life and how he remains in touch with many of his friends. In particular, he enjoyed driving to Houston in April for the AIM Alumni happy hour where it was so much fun seeing everyone. Read more about Jack Broyles and Associates and his work preparing financial advisors to work with individuals suffering from Alzeimer’s disease at http://www.jackbroylesandassociates.com.

Sheri Morris shared on the AIM Alumni website that Kamellia Ishak passed away April 30. Kamelia holds the distinction of having been at the firm longer than anyone else, including the founders. She began her career at AIM over 35 years ago as one of the first fund accountants. Kamellia was an integral part of the foundation of the fund administration team. Her kindness and warmth which she so freely shared with all will be greatly missed.

The Transition from Finance to Ministry After receiving a call into ministry, Tamla Wilson Groce was licensed in 2007. “In addition to being called to ministry, I felt strongly that God was calling me to attend seminary. At the time, I was head of business development for an institutional money management firm and my travel schedule was crazy. This presented a complication not only to attending seminary but I married in 2007 as well and my husband and I wanted to have a baby. Though I knew it would be a challenge I moved forward with both. Two years later, school was going well but our quest for a baby was not,” shares Tamla.

Tamla sometimes found working in finance like living on another planet. “The majority of people that you speak with have no idea about the intricacies of the industry. Walking away to focus on ministry was bitter sweet. I experienced financial benefits that are not normally experienced when one is in ministry and, as a sales and marketing person, I loved the relationships I established. Yet the peace of mind that I have and the joy of actually working in my calling are priceless. As a result, I feel compelled to encourage others to pursue their passion and move from passion to purpose,” said Tamla.

Similar to others who worked at AIM, Tamla has a variety of fond memories that include experiencing and being a part of the creativity of marketing the AIM products. “The relationships that I forged while there continue on to this day as well as my appreciation for a good glass of wine. The department dinner and the Fly-ins will always be remembered although they are like Las Vegas - what happens there stays there,” Tamla said.

Tamla is a licensed minister, wife late in life, mother of two against all odds, writer, inspirational speaker, friend and faith walker. Tamla offers a weekly blog via her website www.tamlawilsongroce.com and you can follow her on Twitter @RevTamla. “As the mother of two miracle babies, I founded a fertility ministry at my church called The Waiting Room. Finishing up my Masters of Arts in Theology and Ministry at Fuller Theological Seminary this summer, I am excited to see where God will use me next,” says Tamla.

Gene Needles, AIM Alumnus and chief executive of American Beacon was quoted in the WSJ May 1. The article focused on small investors willing to commit part of their savings to less-developed countries with fast-growing economies and the potential for big returns.

Some wealth advisers argue that small investors may be better served putting their retirement savings into more-transparent investments. Even American Beacon advises that its new fund is only appropriate for long-term investors and that the fund shouldn't make up the majority of a portfolio.

"The frontier markets have done well," said Gene Needles, chief executive of American Beacon. "This is something to add to your portfolio that over time will have attractive returns," he added.

Many frontier-market bonds last year outperformed emerging-market stocks and bonds and beat returns handed to bond investors in the U.S. and Japan. The reason: risk.

Read a pdf of the article.