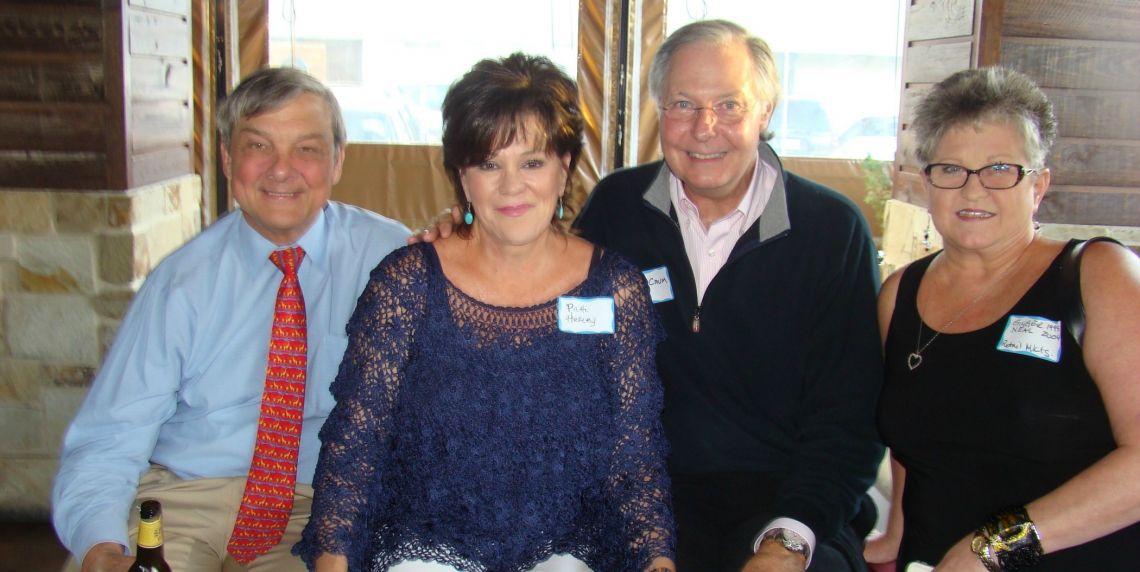 Our fifth annual Houston happy hour is set for Tuesday, April 7. Mark your calendar now and indicate your interest on the RSVP page after logging on to AIM ALumni.

Gary Crum, Bob Graham, many Houston residents and AIM colleagues from out of town make this event which has grown to about 100 of us a very special get together. Time and location will be shared soon. Log on and view the 2014 Houston Happy Hour photo album. This is a great chance to get together. See you soon! 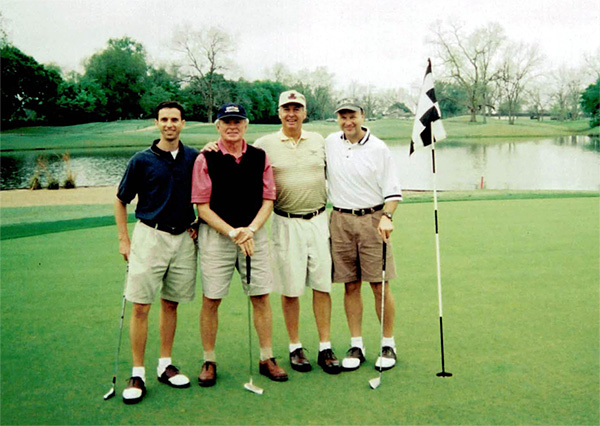 Ed Larsen positively impacted so many of us when we worked at AIM. Ed's talents, wit and compassion were shared beyond his family and the workplace.  "Ed," said Dick Barry, "had time for everyone." Many former AIM employees were fortunate to be able to attend Ed Larsen's service.  We share Polly Ahrendt’s remarks from Ed’s service here. To read Ed's obituary, click here.

Following are some memories and stories.  We hope you will post a comment on your AIM Alumni activity feed or at the bottom of this set of remembrances.

Janice Cellier, who is still with the firm and whose last position at AIM was Divisional Sales Director shares that “Ed had more of an impact on my life than I am sure he ever knew. I first met Ed at Transamerica Funds and grew to love him there. He was such a gentle soul. So smart and yet so relatable to us everyday people. I had the opportunity to travel to Hawaii with he and Stephanie in 1994 for a top producer trip. Staying in Lanai, he would just simply admire the beauty of the island, the people and their talented carving craft. I recall playing golf with Ed in many venues, and as we would drive up to the tees, whether in Hawaii or Arizona, he would get out and admire the beautiful flowers. He seemed to know the type of flower and just smile and get caught up in its beauty. It was never about the golf.

Ed 's love of the cartoon to tell his story was something that I used in almost every meeting. He had such a talent for finding the right animation to express exactly the right point at the right time. His ease of telling a story helped me tell mine as a wholesaler.
Hopefully imitation was the highest form of flattery.

I recall PM's telling us that when Ed went on vacation, they would take the opportunity to sell some of his 500 plus stock positions....Ed's farm team as he called it. Ed would just laugh. I owe much of my success to the opportunity to work with such a great man. I will always remember him with a full heart and wish that I had lived life as he did.”

Richard Berry, now with Brasada Capital, worked in fixed income. "Ed was the CIO and I reported to him. He was an equity person so he did not play a direct role in Fixed Income. What I liked was Ed used the people around him to obtain his information. He did not like committees. He did not make unilateral decisions. Rather, Ed walked around and talked to people," said Dick.

"Ed was a big believer in chemistry. He believed you put people together that would mesh – that the egos were such that they could work together and mesh ideas, share responsibilities and get along. I always admired that in him. Managers so often put people in slots that were unsuitable. These were all talented people, but you had to look at how people work together," continued Dick. 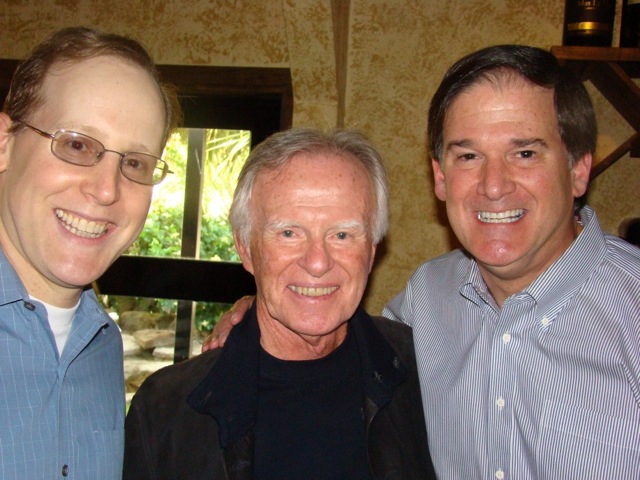 "I also liked how Ed did not look over your shoulder. He did not stand around second guessing. He also knew in investing you would make some bad decisions. There is a lot of human error in the investment business, but if you had more good than bad decisions that is what mattered. Ed was always smiling which made everyone around him comfortable. Ed thoroughly enjoyed the business and you could tell. His dedication never changed as he got older. Stephanie, his wife, is a psychiatrist. We would kid Ed about his even tempered demeanor, saying “It must be Stephanie”, but it was not. It was his personality.

I used to play golf with Ed. I would put together an AIM golf trip and Ed went along. You learn a lot about someone on the golf course. There is plenty of opportunity for tempers to flare. You see a person’s true character on the golf course. I never saw Ed get upset about anything," recalls Dick.

Rob Shoss, whose final position at AIM was as Senior Portfolio Manager, told us that “Ed was an amazing man with so many special traits. He was a true gentleman, carrying himself with great class and humility, regardless of his stellar pedigree and performance track record. In one minute, he could be presenting or socializing with clients, wowing them with his knowledge and stock market prowess. In the next minute, Ed would bring them to their knees with his wit and humor.

Ed was always approachable and widely respected and admired. As CIO, he dealt with many company personnel challenges and found ways to effectively defuse crises with deft social skills. Ed was so beloved throughout the organization that many approached him with personal issues outside the office and he always had time and knew how to provide needed advice. In summary, Ed was a special and truly great man who left an indelible mark for many and will be sorely missed.

Dawn Hawley, whose final position at AIM was as Chief Financial Officer, had the extra good fortune and great experience of working with Ed not only at AIM but also for four years at the Menil Foundation.

"A couple of years after Ed retired from AIM, and about one year after I had left, out of the blue, Ed asked me to consider an opportunity at the Menil, which he thought I might enjoy supporting the finance committee. Ed’s expertise was very valuable to the Foundation and had a significant impact on the endowment’s success. We would sit next to each other during manager presentations and he would point out (to me) issues. Ed was always kind when he questioned the managers, but they knew this committee had a very experienced portfolio manager and better be able to support their positions.

Ed was also an art aficionado and both he and Stephanie participated in many of the wonderful events at the Menil and other institutions. He knew people from all over at these events, always greeting them with that wonderful smile and discussing art with the same depth of knowledge as he did the economy and the markets.

Ed touched many at AIM, was invaluable to the Menil, and double good fortune for me!" 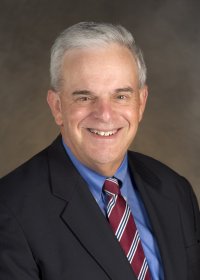 Ivy McLemore was running his own small marketing and PR firm – Ivy McLemore & Associates – in Houston after his retirement from AIM in 2012, but recently accepted a job offer he couldn’t refuse – Director of Intermediary Communications for Guggenheim Partners in NY.

In this role, Ivy is responsible for overseeing the continued development and active management of public relations and communications for Guggenheim Partners' Intermediary Distribution business, with a special focus on the rapidly growing firm’s innovative exchange-traded fund (ETF) product line.

As a result, he has relocated from Houston to Manhattan.

Ivy says: "I’ve heard from so many former colleagues who have sent me such kind words and congratulatory messages, it’s often brought me to tears. AIM and its people were, and always will be, very special".

Should you wish to get in contact, Ivy's information is below:

For directory purposes: (phone 281-755-4426) and email (This email address is being protected from spambots. You need JavaScript enabled to view it.).

Happy Memories of AIM and Volunteering with Habitat for Humanity 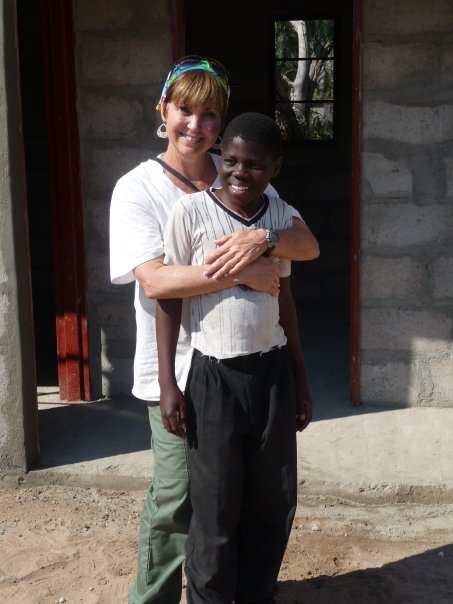 Kathi Douglas enjoyed a wonderful career at AIM, starting in 1986 as the 75th employee of the company in the newly formed marketing group. "Under the tutelage of the very generous seasoned AIM investment professionals with whom I worked, I learned the business and was fortunate to grow with the company. I ended my Invesco/AIM career as a National Account Manager," shares Kathi.

Kathi’s daughter, Cara, and her family live in Austin. “Of course, Jake, my grandson, is absolutely perfect. I now keep busy volunteering as a CASA child advocate in Montgomery County. I've also traveled regularly to Africa to build houses with Habitat for Humanity, and I have once traveled to Argentina with an HFH team, which was also a great experience,” said Kathi. 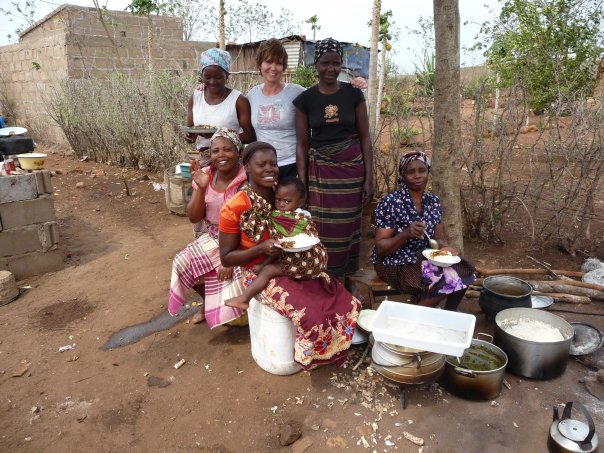 “My Habitat experience is one of the most rewarding experiences of my life, In October I will return to Africa with another Habitat for Humanity Global Villages team, this time building in Malawi. Our work focuses on the Orphans and Vulnerable Children Project, which builds homes for orphans and their caretakers, as well as providing them with health and legal resources. Each time I have built was with a different group of team members (typically a team consists of 10-14 members), many of whom have remained good friends. We all share a common love for our work and the families for whom we build. We work alongside the family for whom we are building homes. In fact, part of their HFH contract is that they must help with the work. Typically, a male family member will help with the construction and the female family members will cook lunch each day (over an open fire too),” says Kathi.

Interested in Habitat for Humanity? Read more at http://habitat.org. 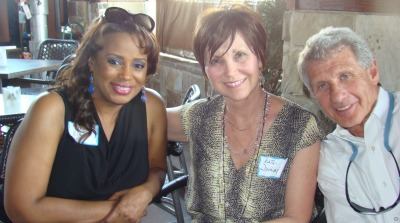 Joab Salce: From Houston to Austin 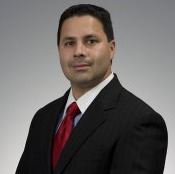 In 1996, Joab Salce started his AIM career in FAS working for Mary Gentempo. He went on to work in various IT roles throughout his tenure, finally leaving Invesco’s Market Data Services in 2007. Joab then moved from Houston to Austin to work for AIM alumnus Jay Freeman at Dimensional Fund Advisors. Other AIM alumni at the firm include Robert Trotter, Denise Jewell and Paul Wise.

Like many former AIM employees, Joab has a deep appreciation for his time at AIM and especially for the three founders. “Ted Bauer’s commitment to his employees is something I have not seen repeated at any other company. It was an amazing place. What Ted did for The University of Houston defines who he is. You do not find this kind of mentality at other places, even other privately held companies where I have worked,” finds Joab.

“Much of my success I owe to all the wonderful co-workers and mentors that invested themselves and their precious time in me. I wouldn't be a success without all of those that sacrificed a small piece of their lives for me. While some founders were quieter than others, they all shared a deep regard for the employees. They treated everyone like family. There was no doubt that employees really meant something to them. They never held back on anything. They were generous with benefits and went above and beyond what any other company did for its employees. I will always value the years I worked at AIM. Nothing has or likely will compare to what I learned, what I was exposed to, and to the people who made AIM so special,” shares Joab.

“I certainly miss the environment and I appreciate reading about what others are doing now.”