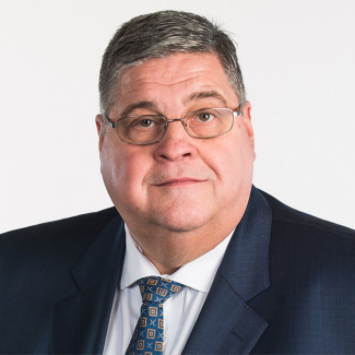 Jeffrey Hemker passed away February 26, 2022. An amazing person to have as a friend or colleague, Jeff was always surrounded by many who wanted to enjoy his stories and wisdom at every event he attended. Jeff was also ready to help anyone he saw in need. His generosity, kindness, and intellect combined with his wit and dry sense of humor made up the beauty of his personality.
Jeffrey L. Hemker was born on August 16, 1955, in West Salem, Wisconsin. He was a 1979 graduate of the University of Wisconsin-Lacrosse with a degree in Political Science. Shortly after his graduation and the creation of the 401(k) plan, Jeff found his calling in retirement plan sales. Always a top salesperson, Jeff eventually became a National Sales Leader and was happiest when he could share his experience and knowledge with those that sought his advice and guidance. Known for launching and advancing many careers in retirement plan sales and marketing, Jeff would often be stopped and presented with long declarations of gratitude for how his efforts changed the trajectory of a life for the better. The depth of Jeff’s sincere happiness for the successes and accomplishments of others was a wonderful facet of his nature.
Jeff married Alisa, his wife of 21 years, in June of 2000, becoming stepfather to Christopher in the process. The three enjoyed life in Naperville, IL, before moving to Cypress, TX, in 2004. Jeff loved being a stepfather and always tried to instill a strong work ethic in Christopher. With Alisa, Jeff went above and beyond to make not just birthdays and holidays but every day special. It was important to him that Alisa and Christopher had everything they needed to feel safe and secure. This, he accomplished.

For all who knew Jeff, the world will never be the same. Read his obituary.

In the Grand Chapel, 6900 Lawndale ST. Houston 77023: Reception to follow at at a local establishment. Details will be provided as plans are made.

In lieu of flowers, donations in Jeff’s memory can be made to the ASPCA at aspca.org/donate. 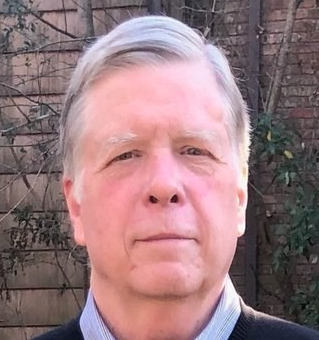 Claude Cody passed away unexpectedly on Tuesday, February 8, at the age of 70.

Claude Cody joined AIM in 1984, and departed in 2003. Following his time at AIM, Claude worked for Roger H. Jenswold & Co., where he served as one of its Vice Presidents and later purchased the firm with his cousin Melville L. Cody, Jr. The firm became part of the Capstone Financial Group, where he worked as a Senior Vice President until his retirement in 2016, concluding his career with more than 40 years of experience.

"Claude and I worked with Gary Crum on the High Yield Bond Fund in the early days of AIM," said Polly Ahrendts. "We worked closely on the 19th floor of Greenway Plaza, attended many Junk Bond deal road shows at the old Remington Hotel, and had a lot of laughs during those years. I enjoyed Claude’s slightly formal, yet quirky sense of humor, with his Cheshire cat smile. Claude was always willing to confer and contribute to solve the challenges at hand. I can still see him walking around the 19th floor “Star Trek” trading desk. He will be missed", said Polly.

“Claude loved to talk to people – family, friends, coworkers, institutional salesmen, brokers, strangers," remembers Michaele Brown, who began her AIM career in April, 1994 as a research associate on Claude's team. "In the entrepreneurial AIM days, Claude put this talent to good use as he both managed money and was always ready to help with marketing requests to meet with brokers both in person and over the phone. Claude’s many marketing trips and phone calls helped multiple AIM funds gather and retain assets, and his efforts definitely contributed to AIM’s growth over the years," said Michaele.

"I always enjoyed my interactions with Claude and considering we were at AIM together in the early 1990s and nearly the entire company occupied a single floor of the building, we would cross paths often," said Barrett Sides. "I remember he walked kind of slowly, always ready with a smile. And he was there at a pivotal moment in my career. In 1992, after a couple of years with the firm, I interviewed for a position as an equity analyst for our domestic equity portfolios and was passed over for the role. Claude was the one who had to deliver the news. (I hope it was "had to" and not "got to"!) I told him that, considering the circumstance and anxious to jump start my career, I was likely to apply to business school and move on. He encouraged me to stay and predicted that other opportunities would soon emerge within our fast-growing (indeed!) department. Sure enough, a similar position was created for our international team and I was fortunate to land the job. Honestly, but for the sake of one, well-timed conversation... Thank you."

Meggan Walsh joined Claude’s team in 1998 and she remembers he was instrumental in helping her to make the transition to equity investing. "As the leader of the team he was approachable, a natural conversationalist and generous with his time," said Meggan. "He served as a valued source of historic knowledge on mergers, acquisitions and corporate actions to younger investors and was always willing to share investing lessons that he had learned. I appreciated how down to earth he was - he was not into fancy clothes or labels. I recall fondly his comment “Wranglers are good enough, thank you”. Words that were tested when a baby girl joined his family. Claude was very proud of his children. He reveled in their milestones and was happiest when recalling his weekend family events," shared Meggan.

Read the full obituary here, and add a memory for the family here.

A memorial service was conducted on Saturday, the 19th of February, in the sanctuary of The Church Of St. John The Divine, 2450 River Oaks Boulevard in Houston. The Rev. Dr. Doug Richnow, Priest Associate officiated.

In lieu of customary remembrances, memorial contributions may be directed to Southwestern University, Attn: Kent Huntsman, PO Box 770, Georgetown, TX, 78627; or to the charity of one's choice.

Anniversaries at the Firm

One Company, Many Jobs: Reflections Upon Retirement

Have you joined the AIM Funds Friends Facebook page? 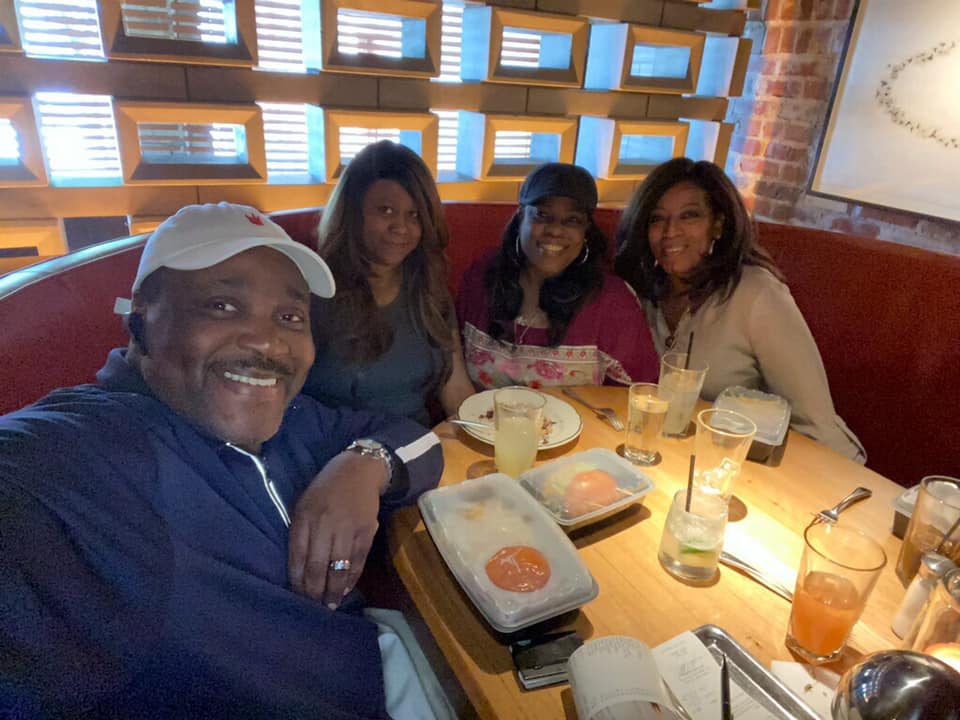 DeDe Wilson posted a picture meeting up with John Blanton, Latrice Hughes and Teresa Hollins. Their friendships blossomed over the tenure at AIM. "We kept in touch on Facebook, we all are foodies so we just decided to try new and different restaurants together. Good friends and good food is always a great combination," said DeDe.

"I have been on one amazing ride with Invesco," said Dede. "I started as a temp at the tender age of 24, brand new mom of a 4 week old. Invesco, allowed me so many opportunities, that allowed me to accomplish so many personal goals."

Invesco allowed me so many opportunities

So much has changed though and it is so different now. It was so much fun back in the 90’s, but I love what I do and we work from home. So who doesn’t love that. We were working from home way before the pandemic hit. Since the pandemic, I do miss seeing my co-workers."
DeDe shared that she is turning 50 on May 16th and will be getting married on May 30.

Have you connected with a former AIM colleague recently? This email address is being protected from spambots. You need JavaScript enabled to view it. your picture with us for the next newsletter.

I will be getting married at the end of May