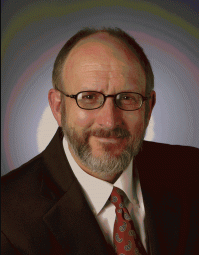 Herman's career spanned 42 years in facility management, property management, corporate real estate and project management. Of those 42 years, he worked at AIM and Invesco for 14 years and eight months. Most recently, Herman was Senior Vice President of Corporate Real Estate and Property Management for Amegy Bank.

In addition to enjoying a successful career, from the age of 13 Herman's most abiding lifetime passion was music. Herman loved making music with friends and he enjoyed performing. He shared that in addition to his career, he “spent even more years performing music in Houston and around Texas.”

An obituary was published in the Houston Chronical and you can leave a tribute on the Bradshaw Carter Tribute Wall. 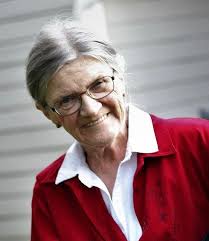 Bonnie Donovan passed away following a lengthy illness on April 30, 2020.

Bonnie worked with Mary Kay Coleman from 1994-2005, where her final position was Manager, Shareholder Relations.

Mary Kay Coleman remembers the contributions Bonnie made to her team and the firm. "It has been said that when hiring people look for three things: integrity, intelligence, and initiative" said Mary Kay."These qualities define Bonnie as a person and an employee. Bonnie always saw what needed to be done and got it done. She never missed a deadline. She was a superior writer and editor  and an inspirational leader and supervisor. She had a quick wit and breezed through the office with a lively step and kind word for everyone she encountered along the way."

Brian Wirwicz was hired by Bonnie in 2000, and saw her and husband Gerry for lunch six months ago. "Bonnie was taking a chance on an experienced writer with no background in the financial industry when she hired me in consultation with Mary Kay Coleman," said Brian. "Bonnie’s mentorship skills, collegial leadership, insistence on excellence and good humor – especially under pressure – created an atmosphere of camaraderie and loyalty among her staff. She was an amazing woman I’m privileged to have met, worked for and learned from. I’ll remember her, and miss her, forever."

In addition to her full-time career in writing, publishing, and editing, Bonnie was married for over 50 years and has two daughters and four grandchildren.

Bonnie worked on publications for various employers, including St. Joseph Hospital and the American Productivity & Quality Center. She completed her career as an Assistant Vice President at AIM Management Company (now Invesco), where she was much admired by her associates as one of the best bosses ever. 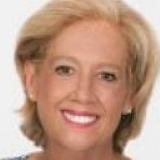 Nancy Ann Beck-Deane, age 56, of Sugarland, Texas passed away peacefully at home on Wednesday, May 30th, 2018 surrounded by her loving family. Nancy was born on May 28th, 1962 in Warren, Ohio. She moved with her family to Houston in 1977 and graduated from J. Frank Dobie High School in 1980.

Nancy later earned a B.B.A. From the University of Houston and spent several years in Management at Continental Airlines. In 1994, she joined AIM Management Group (later Invesco) which become her professional and personal home for the rest of her life. She cherished the friendships she made over the years. As travel was a major part of her responsibilities, her network of fun and fascinating acquaintances was extensive.

Nancy’s generosity extended to many charitable and educational organizations, including St. Anne’s School, St. Agnes Academy, St. Thomas High School, Bauer College of Business at UofH, and South Texas College of Law. She was a Lifetime Committeeman with the Houston Livestock Show and Rodeo (Health Committee) and proud supporter of The Houston Police Foundation, Dress for Success, Casa de Esperanza, and Baylor Foundation for Teen Health.

As an avid Rockets fan and season ticket holder for the last 25 years, she treasured her many friends throughout the organization. Nancy was a longtime member of Sweetwater Country Club.

Nancy is preceded in death by the love of her life, John Deane, her father, David A. Beck, and maternal and paternal grandparents. Read the full obituary here.

She is survived by her mother, Rosemary Beck, her sister, Debbie Beck, and beloved niece, Annie Beck, all of Sugarland; sister Diane Lewis (husband Gregg), and three nephews (Nick, Andy and Dan) all of Rome, Georgia; and Uncle Mark O’Malley of Gerard, Ohio.

In lieu of flowers, tax deductible donations may be made to the John H. and Nancy Beck Deane Memorial Fund through the Greater Houston Community Foundation, 4550 Post Oak Place, #100, Houston, TX 77027. 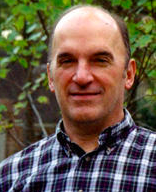 Charles (Chuck) Earl Grob passed away from a lengthy illness on Thursday, May 17, 2018, surrounded by his loving family. Chuck is survived by his wife, Nancy, and children Charles and his wife Shara Grob, and Carolyn Grob. Chuck worked at AIM/Invesco from 1987-2014 as a Senior Analyst, Municipal Bonds, and worked for himself after leaving the Firm.

A memorial service and celebration of Chuck's life was held in The Chapel at Chapelwood Church on Tuesday, May 22, 2018.

In lieu of flowers, contributions honoring Chuck can be made to:
Challenge Aspen
PO Box 6639
Snowmass Village,
CO 81615
or online at:
www.challengeaspen.org

or the charity of your choice.

After the firm: Lyman Missimer and Karen Dunn Kelley 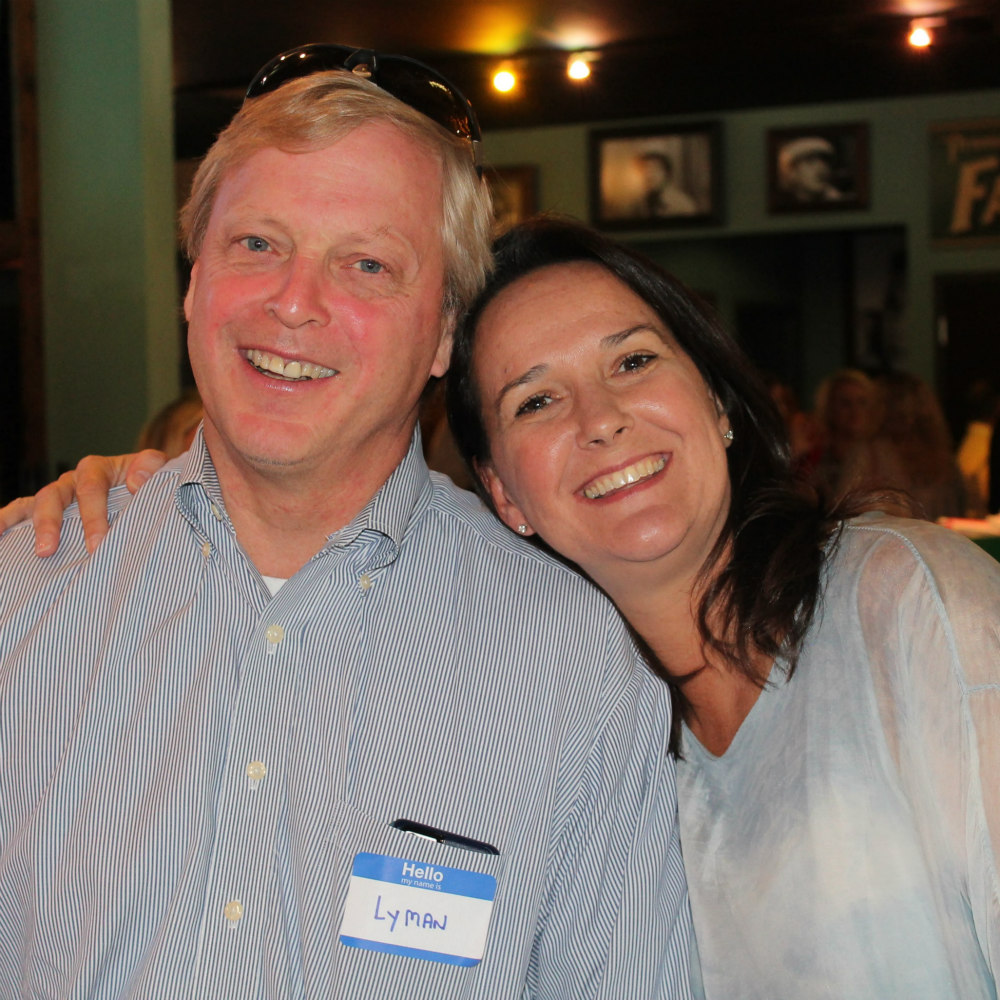 Lyman Missimer is enjoying retirement, particularly the fact that he no longer gets up at 5am to commute from downtown Chicago to the suburbs. “We spent a wonderful summer in Chicago, and we will be in Houston this winter. Lyman is one of a number of members who will be at Kirby Ice House April 4, 2019. We hope to see you too!

After being through many other different situations, AIM was always the best. The company is near and dear to my heart.

Lyman was working at a bank in Chicago in 1995 when a head hunter contacted him. “When AIM recruited me,” recalls Lyman, “all I knew about Houston was that it was warmer and cheaper than Chicago. My wife was also able to transfer with her company, so we looked forward to the new opportunities. I was hired to be Karen Dunn Kelley’s eyes and ears. She lived in Houston while her husband Joe completed his residency. When they relocated, Karen commuted from Pittsburgh. It was a struggle to run the money market desk day to day, but Ted and Gary did not wish to lose Karen which created a role for me,” said Lyman.

“My first impression of AIM was my interview day in the summer of 1995. Karen flew me to Houston and I remember it was a long and grueling nine-hour day of interviews. I had worked at banks so far in my career; I had never met or even been on the floor with a bank chairman. On my interview day, I was invited to lunch with Ted and Gary.

On my interview day, I was invited to lunch with Ted and Gary. It was incredible that I met the founding father of the firm that day.

We all worked together on the 19th floor. If the founding fathers spent time with employees, that impressed me. The most important factor why I joined was Karen. I was impressed with her, her knowledge, her presence and her confidence. Karen and I have worked together for a long time, and I never regretted joining AIM.”

“Another memory I recall happened shortly after I started. There was an employee meeting, and I did not know what to expect. I had a conflict, so I was on my way to the elevator to go to my other appointment. Mr. Bauer asked was I going to the employee meeting; he told me if you don’t go to the AIM employee meeting you are not an AIM employee. So, I turned around and attended the meeting. I learned my lesson that Mr. Bauer cares,” said Lyman.

The family moved back to Chicago in 2013 as part of a restructuring that Greg McGreevey initiated. Lyman worked in fixed income and while most of the team moved to Atlanta, he was put in charge of the municipal business in Chicago.

In April of this year, both Lyman and Karen were in Houston to catch up with the money market team with whom they had worked in prior years. They planned the team event around the AIM Alumni happy hour. “Both events were fun,” said Lyman. “While I did not work for Karen all the time I was at the firm, we remained friends. I was at Karen’s son’s wedding this summer where I saw Dawn and other AIM folks.”

Karen Dunn Kelly was unanimously confirmed by the U.S. Senate to serve as Undersecretary of Commerce reporting to Wilbur Ross.

Karen also retired from Invesco in 2017, and was hired to work for Wilbur Ross in the Department of Commerce as Undersecretary of Commerce for Economic Affairs. She started in August after her unanimous confirmation by the U.S. Senate. Ross first connected with Karen and Invesco when the firm purchased his company. Through the negotiations, Ross got to know and respect Karen. Consequently, he reached out to ask her to join his team.

It’s a cliché, but AIM was more like a family than a business.

“Ted, Gary and Bob worked in the three corner offices; you always saw them and knew they cared. As the firm grew, that changed but it was always a good time. I will always remember it” said Lyman.