While it was never on his bucket list, Dennis Leard has served on the Riceville, Iowa City Council for three years and in January he was sworn is as Mayor. “I am not an idle chit chat person, but as an ex-military, we get involved and look to make a difference,” explains Dennis. From city council meetings to flipping pancakes at a Kiwanis fund raiser, Dennis has a full plate!

As ex-military, we get involved and look to make a difference.

Dennis and Christine, who is also a veteran, moved to Riceville after Dennis retired from the firm in 2013. “Riceville is a nice little town of 870 people where my wife grew up,” said Dennis. “Her great grandad, grandfather and uncle were doctors in town. We live in the house they built in 1914.”

Being a small town, there are extended families, and everyone tends to know one another. As a relative newcomer, Dennis is looking to bring an open communication style to the council and residents.

“As ex-military we don’t walk away from situations we can help fix,” said Dennis. “Martin Soames told me before I retired, you guys in the military are something special. You have a different mental attitude. Most of the guys in my group were former military. They knew when I hired them that if you have a question, ask and if you don’t, get it done. In the ‘90s we were upgrading the computers and Henry Caballero suggested a way to save several man-hours. I am looking to continue to operate like that in Riceville.”

You guys in the military are something different. 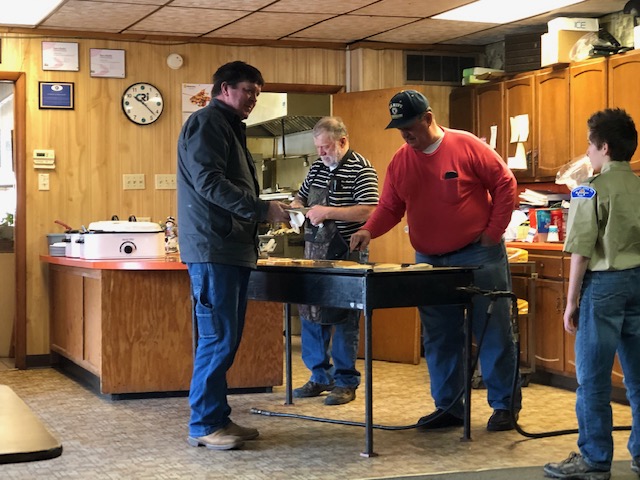 “I had a 70-year-old disagree with a proposal and he challenged me to step outside and fight it out.” Keeping his sense of humor and listening to some of the history of the town is part of the job.

“Looking forward, I will be mayor for four years. There is a young guy on the city council who graduated high school in 2007 and I could see him take over after me,” said Dennis.

Read 2009 times
Tweet
Tagged under
More in this category: « AIM Alumni at AIG John Lively: Practus What You Preach »
Login to post comments